Our guide to smart home buzzwords, from Apps to Zigbee

Want a smart home but confused by all the techy words and phrases out there? Don't worry, we've put together this smart home jargon buster to help make things a little less scary.

Also called Actions on Google. Custom interactions built into the Google Nest speakers with voice assistant by third party partners like HeadSpace or TrainLine. Say "Hey Google, add bananas to my shopping list", "Hey Google, turn off the TV", or "Hey Google, tell me a joke".

Alexa Skills are the equivalent for Amazon Echo.

Short for applications. Apps are software programmes you use on your smartphone, tablet or computer.

Or home automation. A feature of smart homes. It describes the capability to automate tasks, or a series of tasks, you used to do manually. Like turning off the lights, locking the front door and turning down the heating when you go to bed.

These automated routines are carried out by smart devices which are programmed or triggered by sensors or by other devices.

Connects a group of devices that share a common protocol to a single smart home controller.

An example is the Phillips Hue Bridge. Hue lights communicate with each other using the Zigbee protocol. The bridge connects up to 50 Philips Hue lights and links them with Google Nest speakers with voice assistant, Amazon Echo or, Apple HomeKit, integrating their control with the smart home system. Giving you smart lighting at a touch of a button.

Computing services delivered over the internet, not installed or stored on your device. These services include software and data storage.

Smart home devices often use cloud services, so you can access them anywhere and data is backed up securely.

Another term for smart devices. Gadgets that are connected to and controlled via the internet.

A device which controls your smart home. Controllers include smart speakers, smart displays and hubs. You can have more than one controller. For example, you can have mini smart speakers in different rooms so your voice assistant can hear you all over the home. 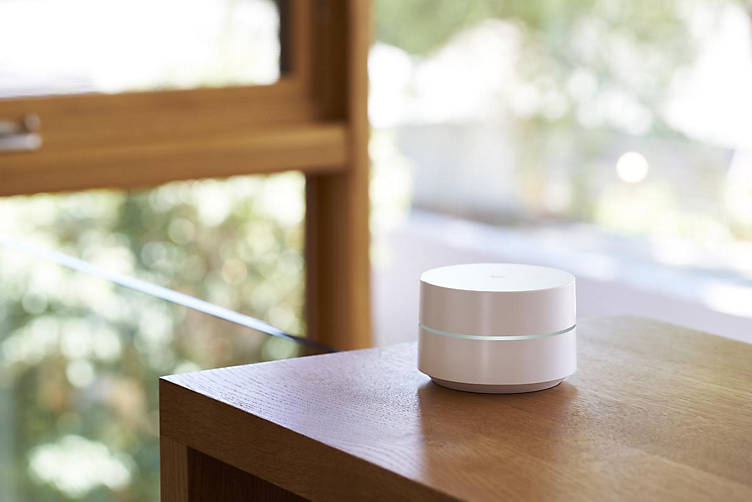 A smart device can be almost any electronic device in the home. Plugs, security cameras, lighting – anything that can be connected to and controlled via the internet.

Also referred to as a smart product or connected device.

Connections for wired internet devices. Before Wi-Fi all devices used these! There are usually ethernet ports on the back of a router. You may need them for connecting a bridge or a hub.

A digital boundary you can set to trigger your smart devices. It could be around your home or workplace. For example, when your phone is detected (using geolocation) within your home geofence, you can pre-programme your outside lights to automatically switch on.

A feature of smartphones that shares your location with other services. It's how Google Maps knows where you are. You can use geolocation to trigger smart home devices or routines. This usually works with a geofence.

A central controller for all your smart home devices. A hub may be a dedicated device or integrated into a smart speaker or display.

IFTTT (If This, Then That)

IFTTT is a protocol that connects different apps and devices so they can do things they couldn't do on their own. It's a way of creating customised automation.

Find out more at https://ifttt.com

A collective term referring to smart devices that connect to the internet and each other.

A type of wireless network that gives whole-home coverage, supports higher network speeds and improves network strength and reliability. All ideal features for a smart home!

Instead of using a single device, like a router, at its centre, a mesh network uses multiple devices to create blanket network coverage. Not relying on a single central device makes mesh networks faster as well as stronger. Google home Wi-Fi connects through this system. 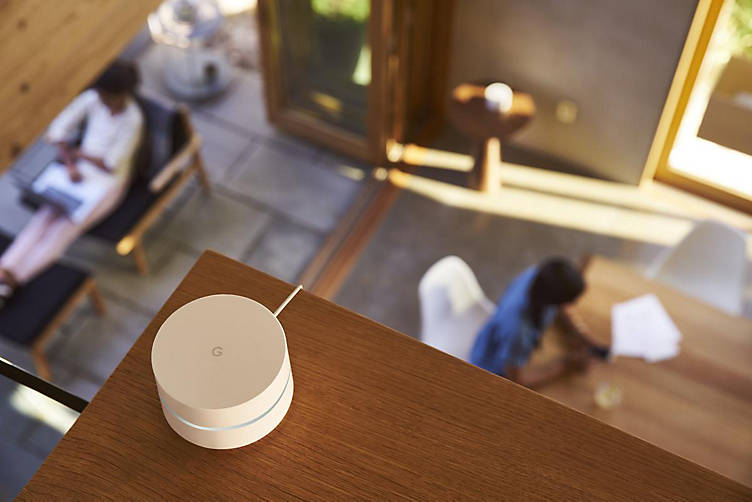 The next generation of Wi-Fi, called Wi-Fi 6, will be faster in lots of ways. MU-MIMO is one of those ways. It allows multiple devices to connect to Wi-Fi at the same time.

The process of adding a device to your network. After pairing, your devices stay connected.

A language or set of rules used by devices to communicate with other devices. Bluetooth and Wi-Fi are examples of protocols. ZigBee and Z-Wave are protocols developed for smart home technology.

The box that connects devices to create your Wi-Fi network. Most home routers also contain a modem, which connects your home network to the internet.

A series of tasks carried out by smart home devices, routines are what home automation is all about.

You can create your own routines, for example, your bedtime routine might be turning off the lights, locking the front door and turning down the heating when you go to bed.

Your routine can then be triggered with a wake word, for example, "Hey Google. Goodnight" or "Alexa, it's bedtime".

Devices that detect change — movement, temperature, noise or light. Smart sensors trigger actions and devices. For example, a smart motion sensor could trigger a smart security camera and an alert to be sent to your phone.

Google Actions are the equivalent for Google Nest speakers with voice assistant.

Describes a device that can connect to the internet and be controlled remotely by smartphone, tablet or computer. For example, smart speakers, smart lighting and smart cameras.

A voice assistant and smart speaker with a display, and usually a touch screen interface. These can act as a hub – a central controller for all your smart home devices, with the added advantage that you can view and tap as well as use voice control. 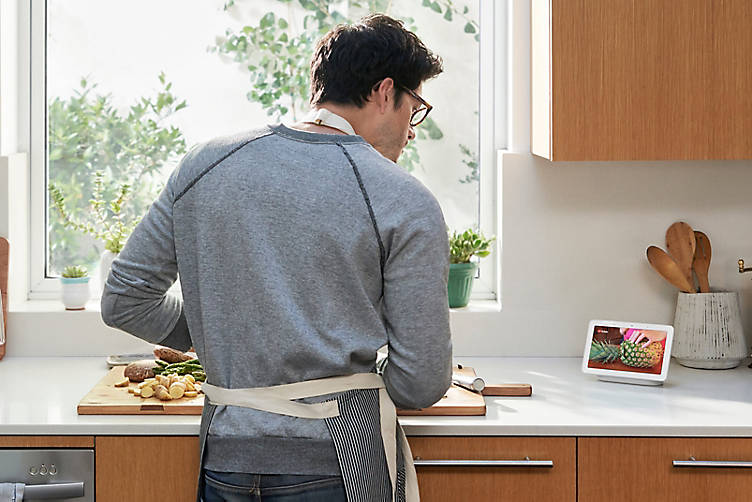 A home with smart devices that can be connected to the internet and controlled by smartphone, tablet or computer.

A device installed by an energy supplier to send meter readings automatically. They're clever, but don't integrate with your smart home devices.

A socket adapter that connects normal plug sockets with your smart home network. Paired with an app or smart speakers, smart plugs give you remote control over almost anything plugged-in.

Forgotten to unplug the TV? Turn it off remotely. Programme lamps and radios to give the impression you're home when you're not. Easily control hard to reach sockets. Smart plugs are incredibly useful and simple to install.

These are often the central part of your smart home set-up and can help with daily tasks and controlling your smart home. They include a voice assistant, so you can control your smart home just by speaking to the smart speaker. They're also great for playing audio and having more than one gives you the possibility of a multi-room audio setup.

A way to watch or listen online without downloading a file. Services like Netflix, BBC iPlayer or Spotify are streaming services.

Voice activated software that lets you control devices by talking to them. Voice assistants live on devices like smart speakers and displays, as well as on smart phones. Try Google Nest speakers with Home Assistant and Amazon Echo with Alexa.

A word or phrase that prompts your voice assistant to listen to your instructions. Some well-known wake words are:

Wireless internet. At home, you usually have a router which wirelessly connects your devices to the internet.

Smart home don't necessarily need internet access. But some devices won't work without it, and those that do will have their capabilities limited. You would also miss out on features like remote access, for example checking your smart cameras.

Argh! The dreaded dead zone. That spot where your Wi-Fi just won't reach. One solution is to add Wi-Fi boosters around the home, which rebroadcast your router's signal to reach those far flung corners.

An alternative solution is a mesh network, a system which creates dead zone free Wi-Fi coverage. It's a neat alternative to adding ad-hoc boosters, although more expensive (at the moment). 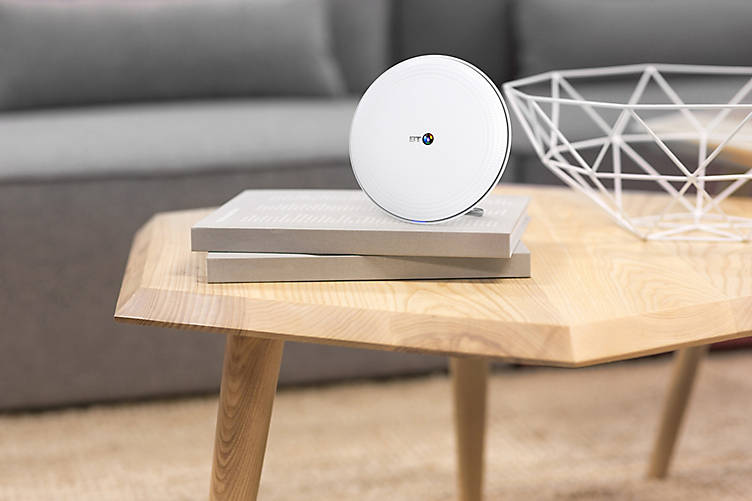 A group of electronic devices wirelessly connected to each other and the internet.

And don’t forget, even if a device you're interested in doesn't work directly with your smart speaker, you could still control it separately using an app on your smartphone.

Phillips Hue smart lighting uses Zigbee to communicate. To add a series of Hue lights to a smart home setup that isn't Zigbee compatible, you would need to use a bridge. Both ZigBee and Z-Wave are mesh networks.

You can see our full range of smart home products or you can go to your local store. All our stores stock a wide range of smart devices and for a real hands on experience, some stores have a fully functional Smart Home display. 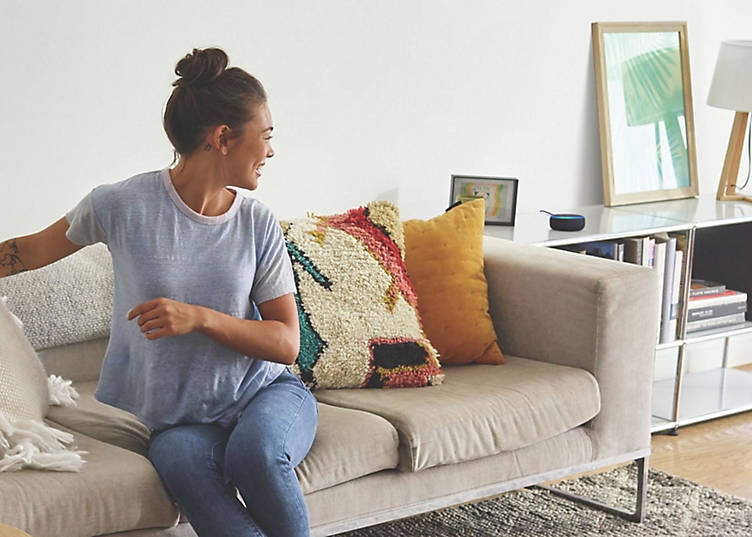